Please rotate your device to landscape for best viewing of this site.

Pizazz was created and continues to be directed by David Pountney and Jan Powell.

Before David and Jan joined forces to create and grow Pizazz, David had spent the previous 20 years creating and growing the largest fast food chain in New Zealand at that time, Uncles - Love at First Bite. Click here to see the "Uncles - Love at First Bite" TV commercial made at the time, opening 50 locations during that period. Jan had created and built her own successful property investment and management business.

David and Jan recognised the exciting potential of the new technology for the digital creation and production of graphic images. Previously, the main production process had been offset printing, which involves substantial set-up costs and long production runs are required to achieve economic per copy costs.

Digital creation and production would make short run production economic. That would lead to a huge growth in the production of graphic images, and changing them often would be cost effective. Graphic images were usually printed on paper and needed a display system for professional presentation. The main display system options had been picture framing and foam board mounting, both of which offered little flexibility for changing graphic images.

David and Jan realised that new display systems would be required, that enabled the graphic images to be changed quickly and easily, whenever required. They created Pizazz to meet that need.

The first new display system created by Pizazz, combined 2 part standoffs (mono•mounts), with panels made from acrylic or other materials. Graphics could be attached to the panels in a variety of ways. Some graphics were printed on self-adhesive vinyl, others were printed on paper and sandwiched between a back panel and clear acrylic front panel.

From the beginning, Pizazz has responded creatively to customers’ requests for new systems with better functionality, and this has resulted in Pizazz being awarded three international patents.

We invented multi•mounts after a customer informed us that they were having difficulty changing the graphics in the display systems we had supplied. The customer was a large magazine publishing company that had recently moved into new offices. They had appointed an interior designer to design and manage their fit-out. Their brief to their designer included a requirement, to display on the walls of their reception area, enlarged copies of each of their magazine covers, which could be changed when each new issue came out. Their designer had heard about our new business and chose our new system for displaying graphics between a back panel and a front panel, secured with our 2 part standoffs. The back panel was made of frosted acrylic and was slightly larger than the front panel, which was made from clear acrylic. That combination was excellent because the frosted acrylic created a subtle frame around the magazine covers, which did not compete with them for visual attention. The magazine publishing company and their designer were delighted with the result. It was not long however, before their receptionist called us and told us that she had been given the job of changing the graphics, and while our display system looked fantastic, it was difficult for her to change the graphic images. She explained that when she undid the front screws, the whole display came away from the wall. She had to keep control of both panels without dropping or scratching them, and remove the superseded magazine cover image and install the new magazine cover image between the panels, align the panels and the new cover image, and then attach the panels and cover image using the front screws into the standoff barrels that were fixed to the wall. It was clear from her description of the process that it was a difficult exercise. We brainstormed this problem and concluded that this difficult process would be made easy if the back panel remained on the wall and only the front panel and graphic image were released when the front screws were undone. We redesigned the front screw into 2 parts. The first would secure the back panel to the standoff barrel, the second was a front screw that would screw into the first part and secure the graphic image and front panel. Pizazz calls these 3 part standoffs multi•mounts:

The second patent was awarded in December 2005 for displaying graphic images using a combination of panels, multi•mounts and extra•spacers. 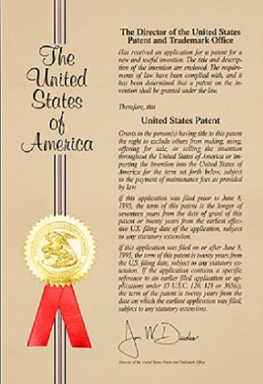 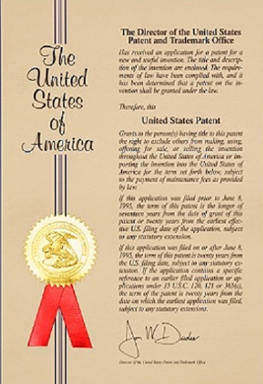 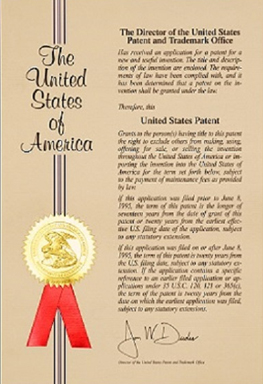